well, the semester didn't end too good... i «ended up missing almost all of my last week of exams... i doon't feel very bad about it though.

on the other and i visited my hometown which was great! saw my childhood friends and we even had a party. everytime i go back it's like all the bad things are emptied from me and a breath of fresh air finally fills my lungs.... i feel light and free... i am so happy there. 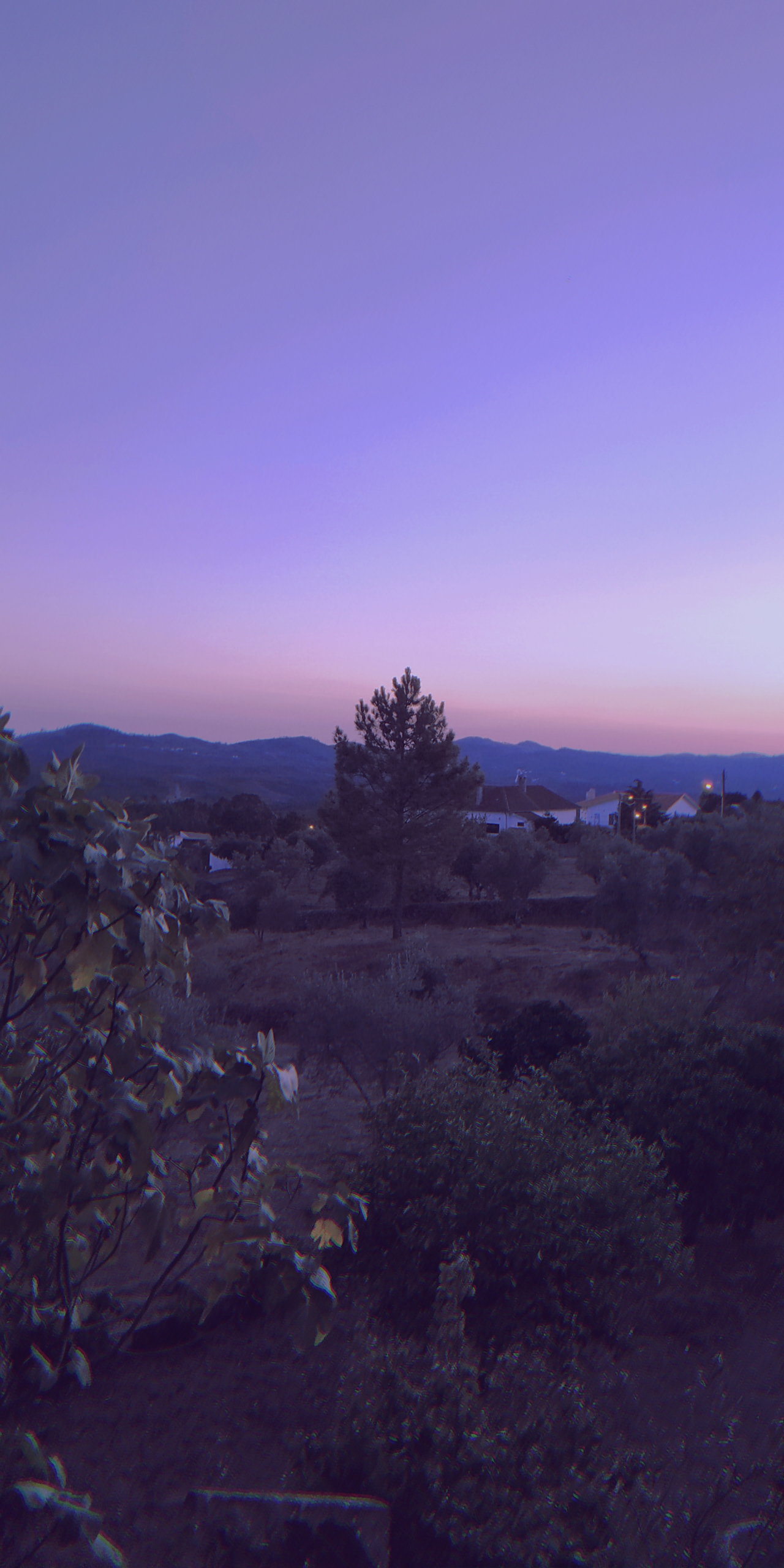 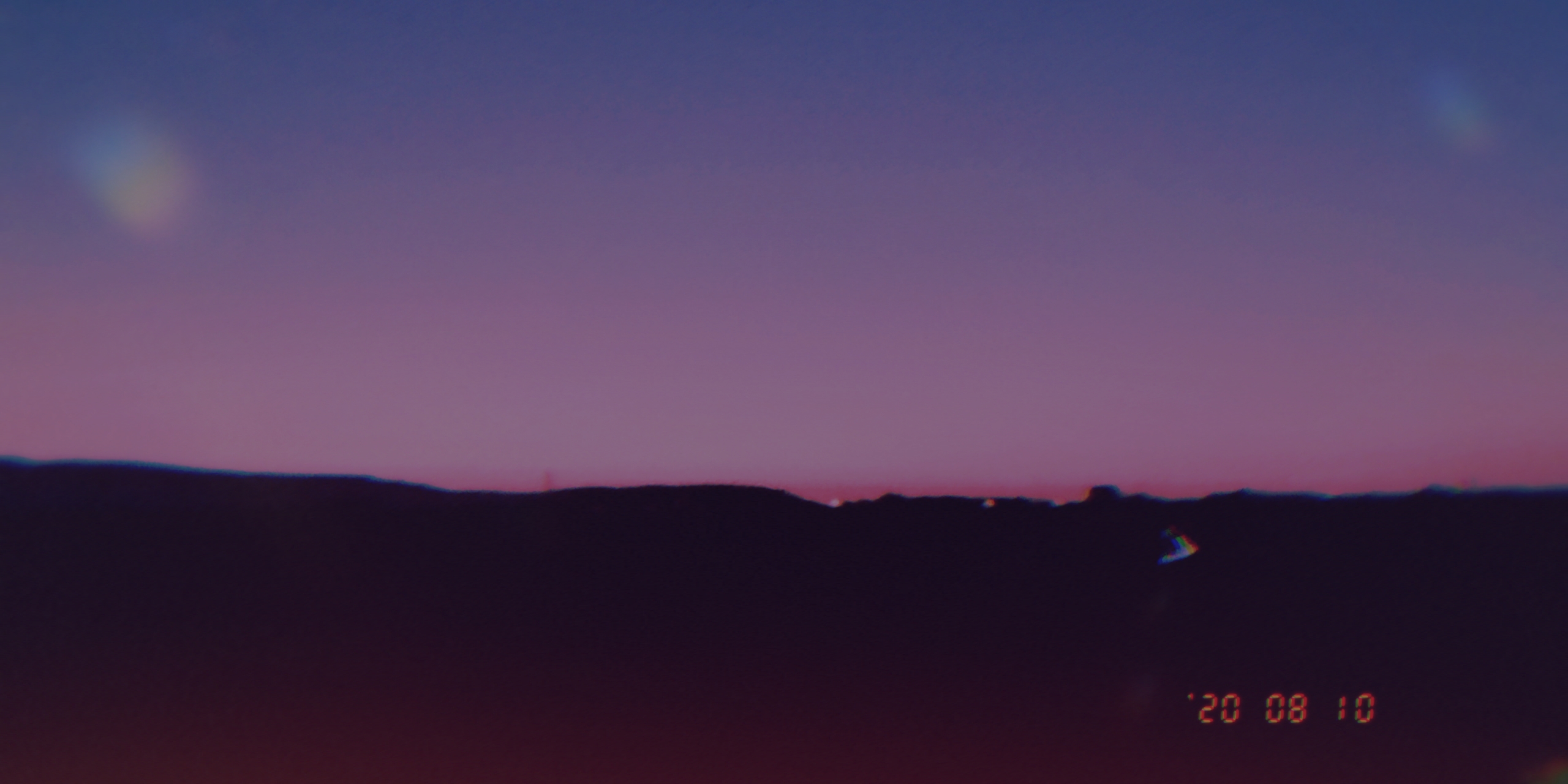 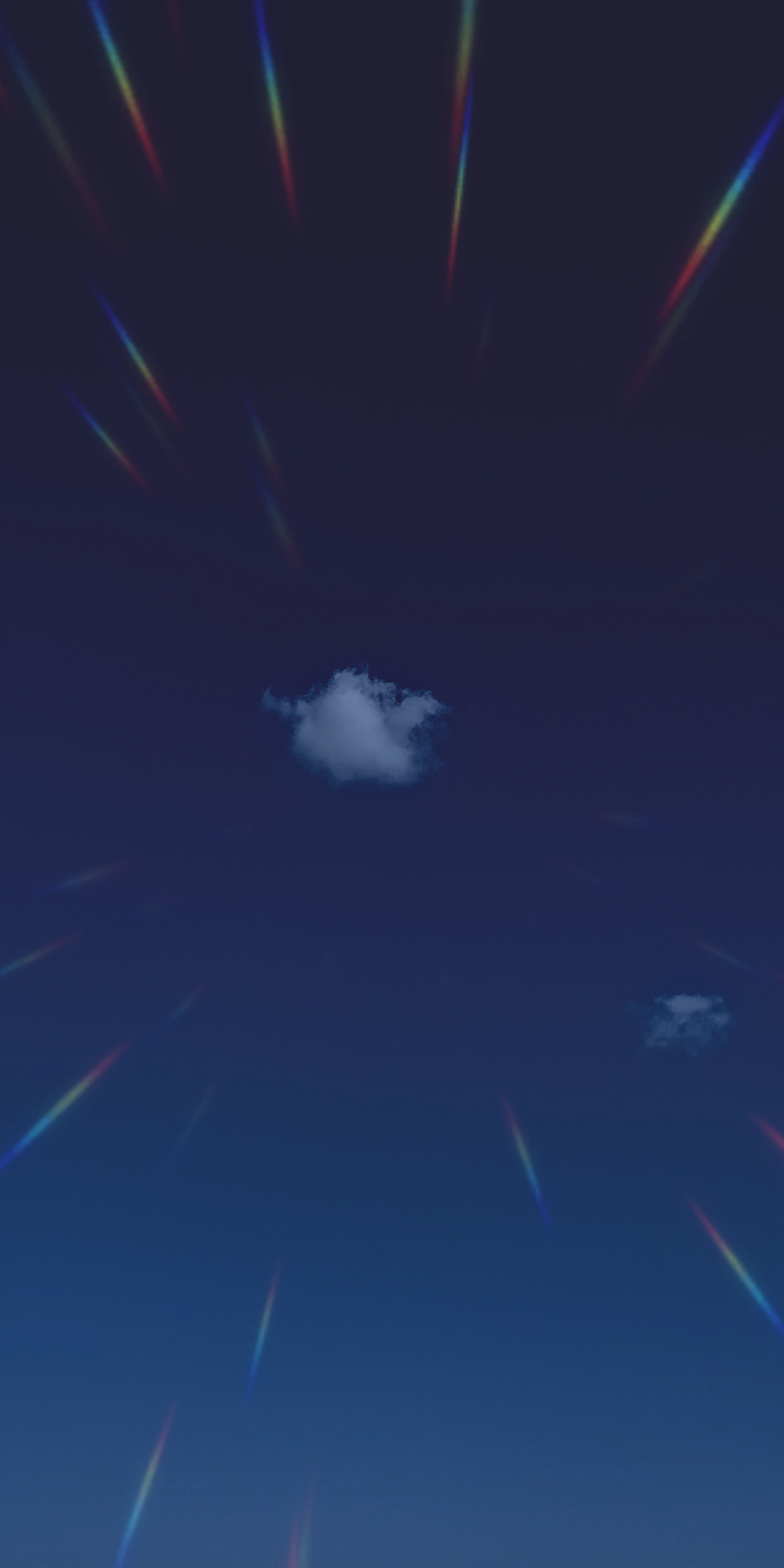 currently i set up shop at my mom's house in the city. i don't like it a here, but my bedroom is more comfy here than at my house at the moment, because of the move.

and just to better my stay... my book case fell on me. right on top of my wrist actually. it did some damage to the tendon and the muscle, some edema but fortunatly nothing is broken. i'm stuck with a wrist brace for the foreseeable future though. 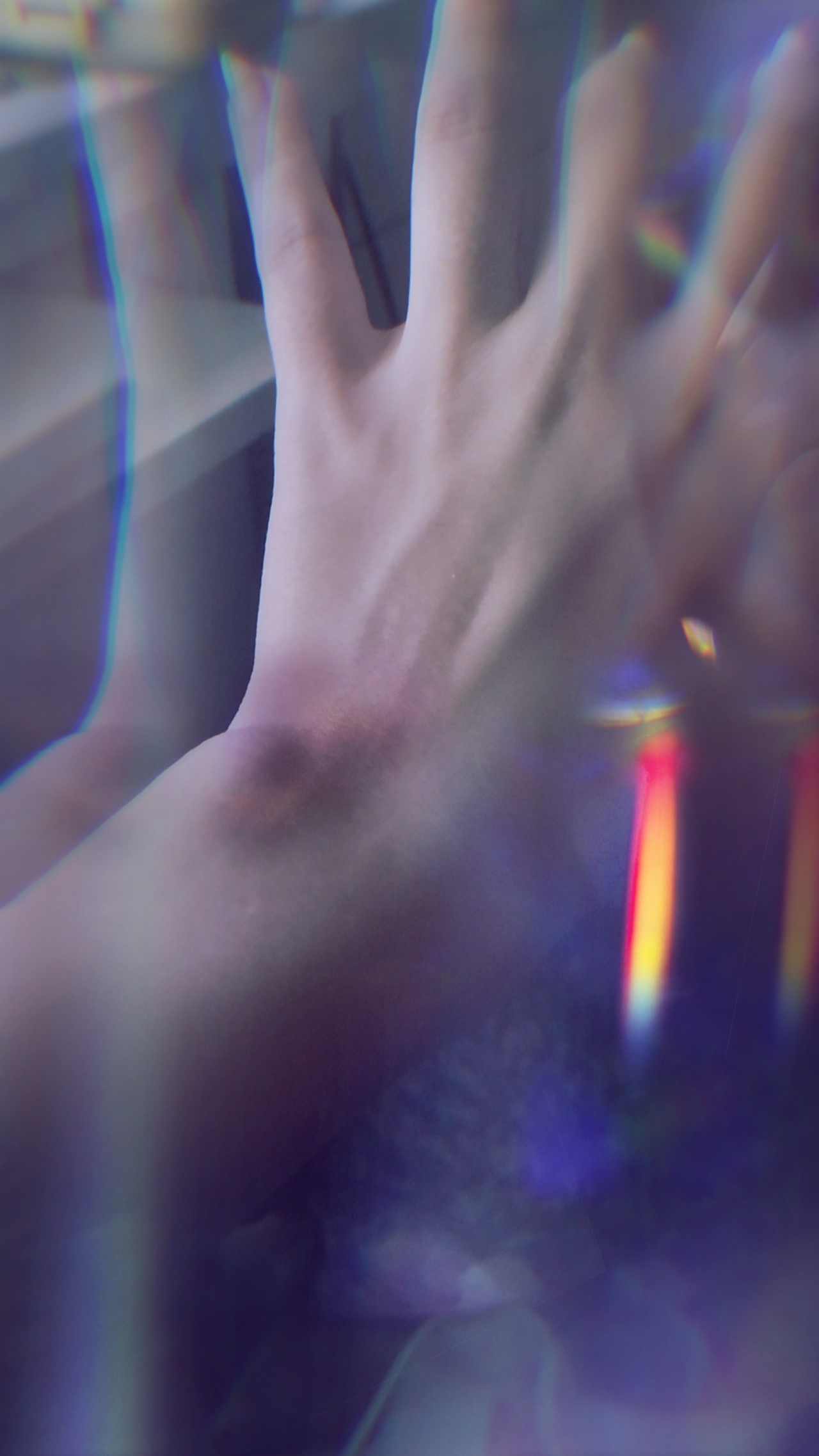 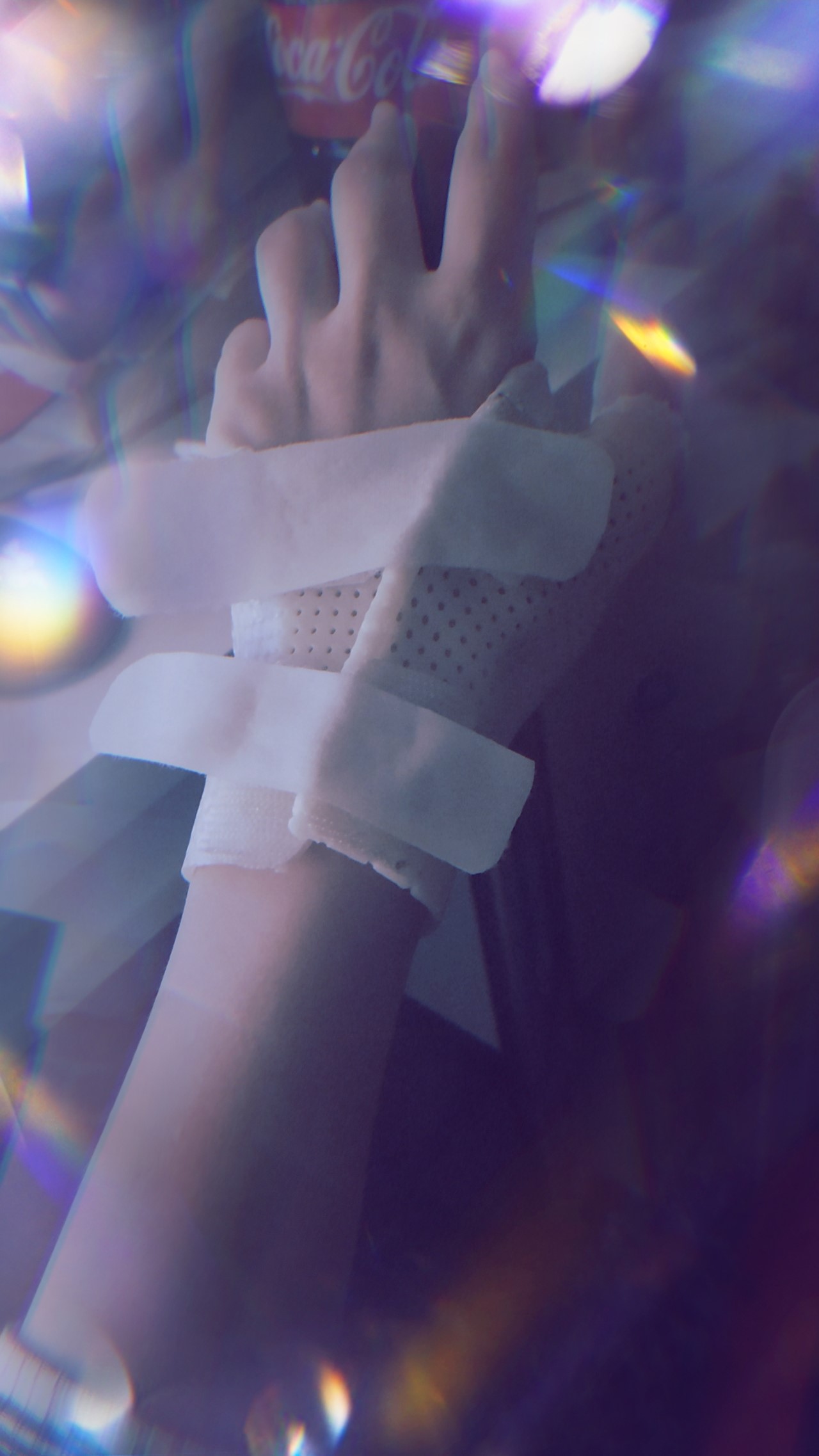 anyway... classes have started, and i am in the process of fixing my sleeping schedule. i was in that phase of the depression cycle where you sleep 15h a day... oh well. next week classes resume as normal, on campus, with security measures of course. i am actually really excited for this semester and i ddin't expect to be. i guess that's good?

PS: added a lot of things to the site in the computer science section, maybe check it out.

PPS: yes i enjoyed editing the pictures of my mangled wrist.

something to fill the void

you left where you stood


it took all the strenght i could,

i placed my trust onto you.

they said you'd come through.

"let go of the lies, accept the truth"

but i still don't know

is this something we should?

or just something we owe?

i have been a little out of the loop lately. i was feeling terrible for a while there but i'm a bit better.

first of all i'd like to say the site will probably be updated very soon, i just entered exam season so i'll put up stuff about diferential calculus, algorithms and data structures, digital systems and maybe more, i'm not sure yet. thanks for all the follows too. means a lot really.

i've been listening to Molchat Doma a lot. i don't want to admit it's because of tiktok but it was partially. i had already listened to some songs by them and really enjoyed Kletka and some others i found in a paylist of russian doomer music. these playlists are gold btw - highly recommend.

but today i'd like to talk about another song of theirs... Sudno. here are the lyrics:

Water drips quietly from the faucet And life, disheveled like a whore Steps out from the fog And sees a nightstand and a bed

what most people don't know (or now they do because of tiktok) is that this is actually a poem by boris ryzhy:

boris ryzhy (8 September 1974 - 7 May 2001) was a russian poet and geologist who is considered to be one of the best poets of his generation. Through his short, poignant lyrics he crafted a persona of post-Soviet delinquency and despair. His own depression and addiction to alcohol figure prominently. He was from the intelligentsia class, and had an impressive education in geology and nuclear geophysics and published many scientific papers. his death was a sad consequence of his depression and substance abuse. he commited suicide in 2001 at the age of 26 in Sverdlovsk, now Yekaterinburg.

i don't know what else to say about this to be honest. i identify with what he wrote here, and a lot of his other works too. i'd gather most people who share his struggles might.

something about the monotony of depression, how facing the world everyday becomes more and more difficult, but you try and try and try... until you fall to pieces. how sometimes you are exhausted, so you just lie in your room, hearing the faucet drip and the fridge hum, feeling like shit, and you look to your side... Enamel bedpan, nightstand, Window, bed. that's all there is.

i think it's still a bit early here for me to talk about my own struggles with mental illness, but somehow, although the song is lonely, it brought me great comfort. oh... and i love sovietwave so that helps too i guess.

i moved rooms today. its was a spontaneous thought. i just came into this room 2 days ago and thought it was better than mine because the closet is nicer and looks kinda vintage. since no one is renting it at the moment, i asked my landlord to switch to this room and they said yes.

i used to be in the room next door with a terrible wall closet that was falling apart and provided literally 0 functionality besides restricting room layout...

also.. i smoke a lot. it's a stress response and i am a ball of compressed stress.

❝
I AM BECOME STRESS, DESTROYER OF SLEEP
❞

anyways... my walls were yellow from 3 years of heavy smoking and i am pretty sure i'll have to paint them when i completely move over to this room. i know, it's kind of disgusting... im sorry. i am otherwise a very clean person, self-conscious even.

obviously... i won't be smoking indoors no more...

hopefully tomorrow ill finish the move... still have a book case to bring in and the contents of that insidious wall closet that was the bane of my existence for 3 years.

overall the vibes of the room are more chill. its the farthest room from the front door, so it's more secluded, and when you come into the room you can't even see the bed right away. i also left most of my room decor in the trash, opting for minimalism and a white and blue color scheme.

i needed this change. it's very refreshing honestly. i have been feeling kinda stuck lately. sorry i went on about moving 10 meters to the right for so long... 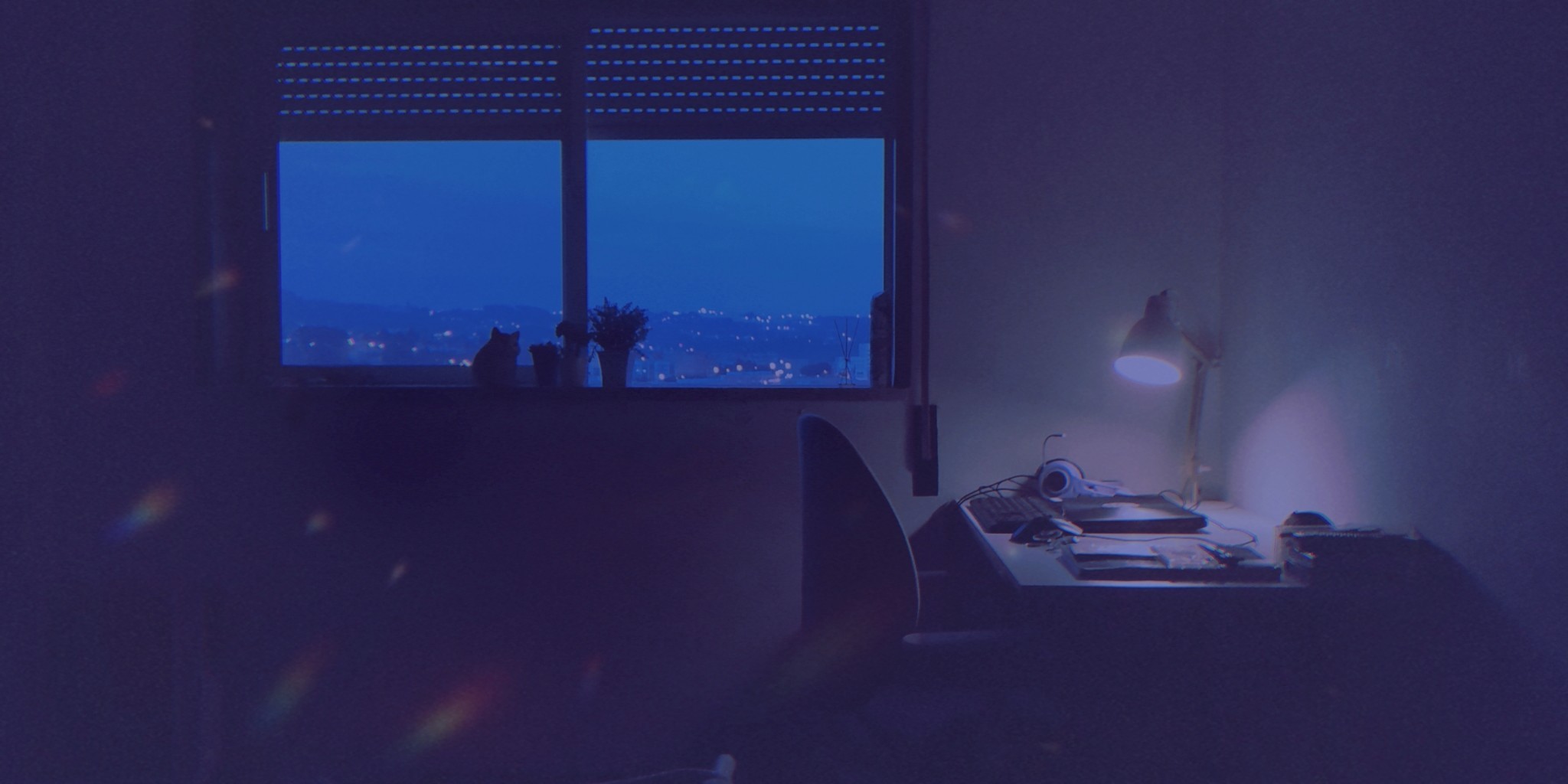 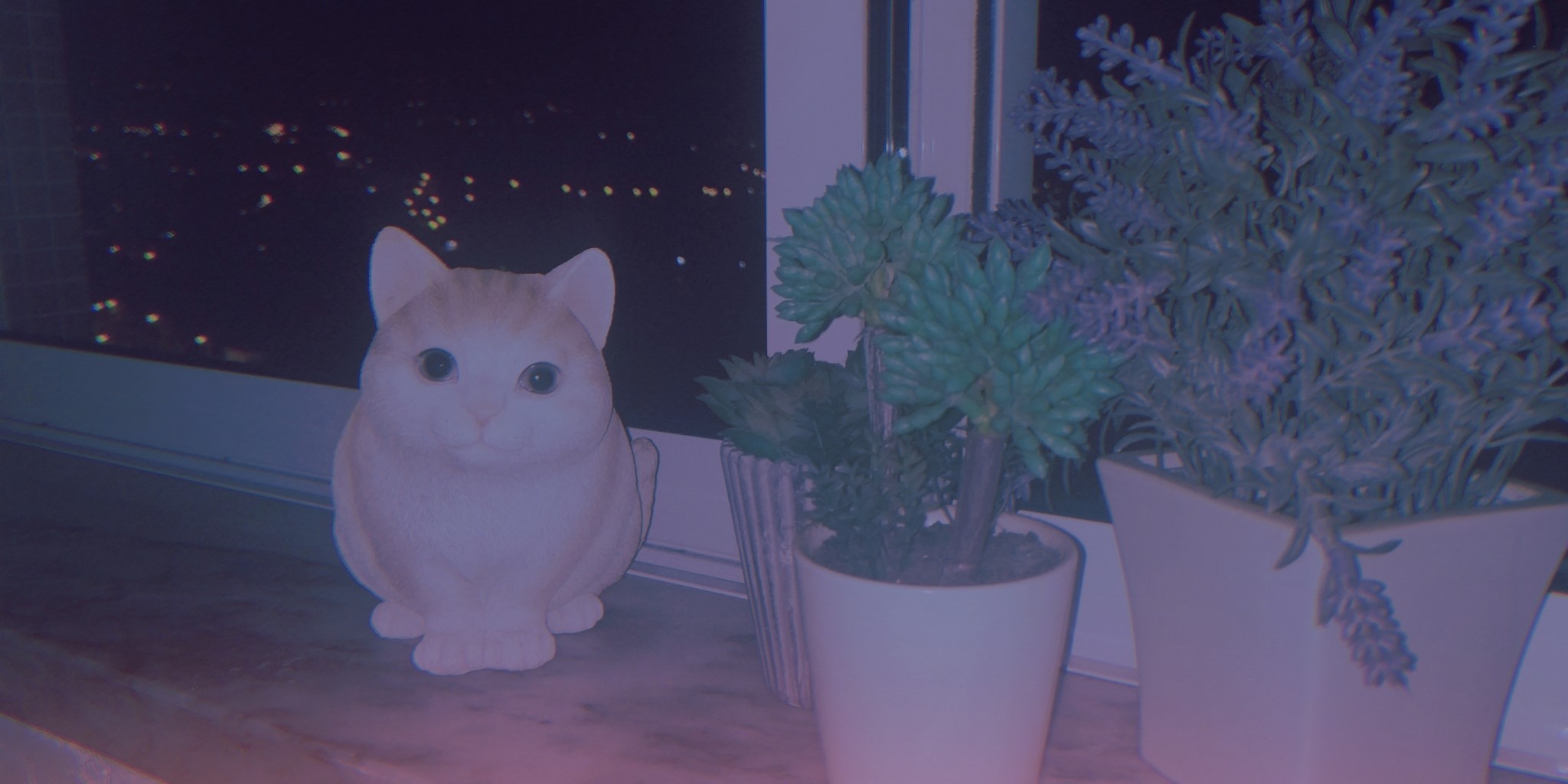 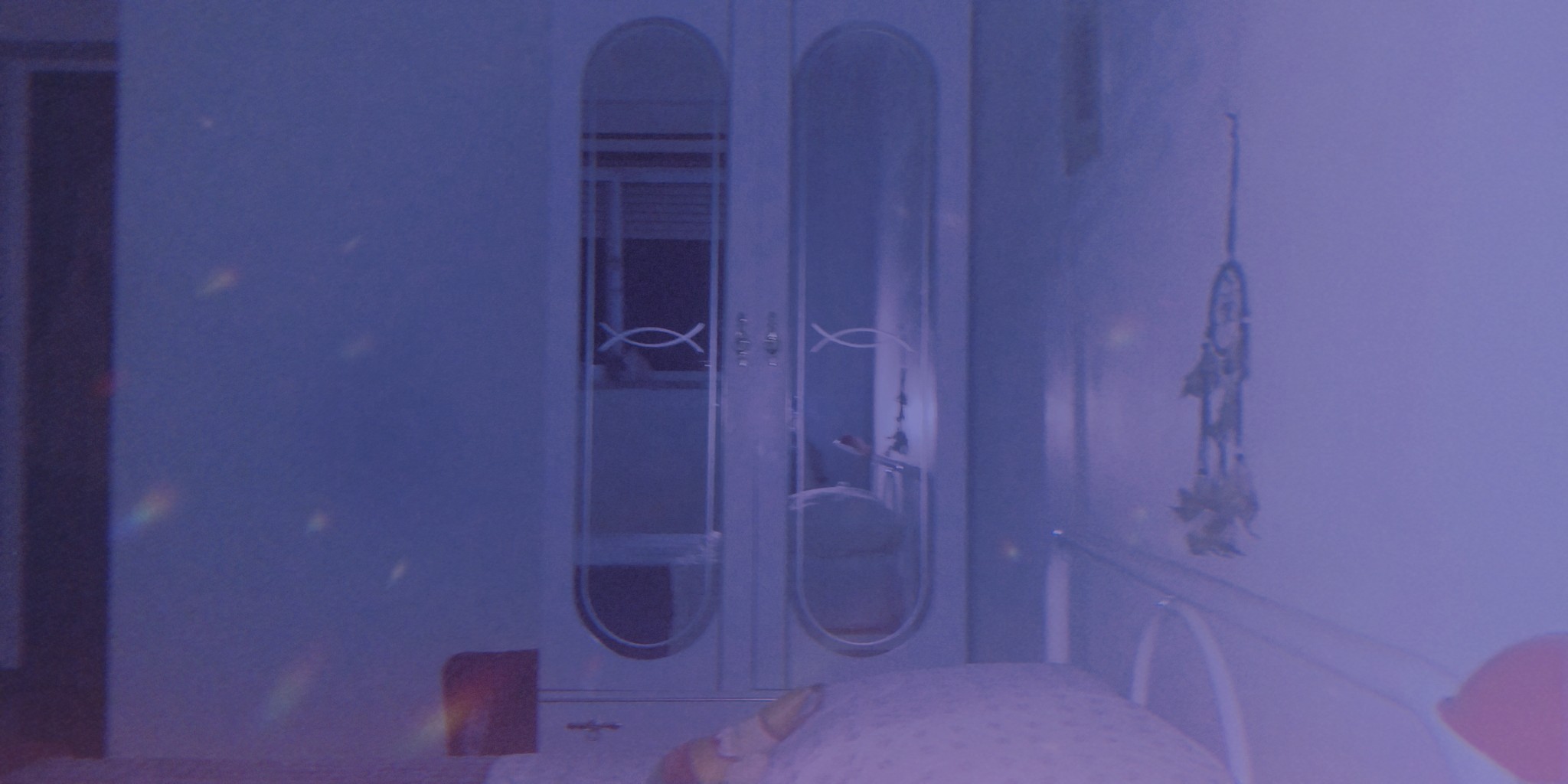 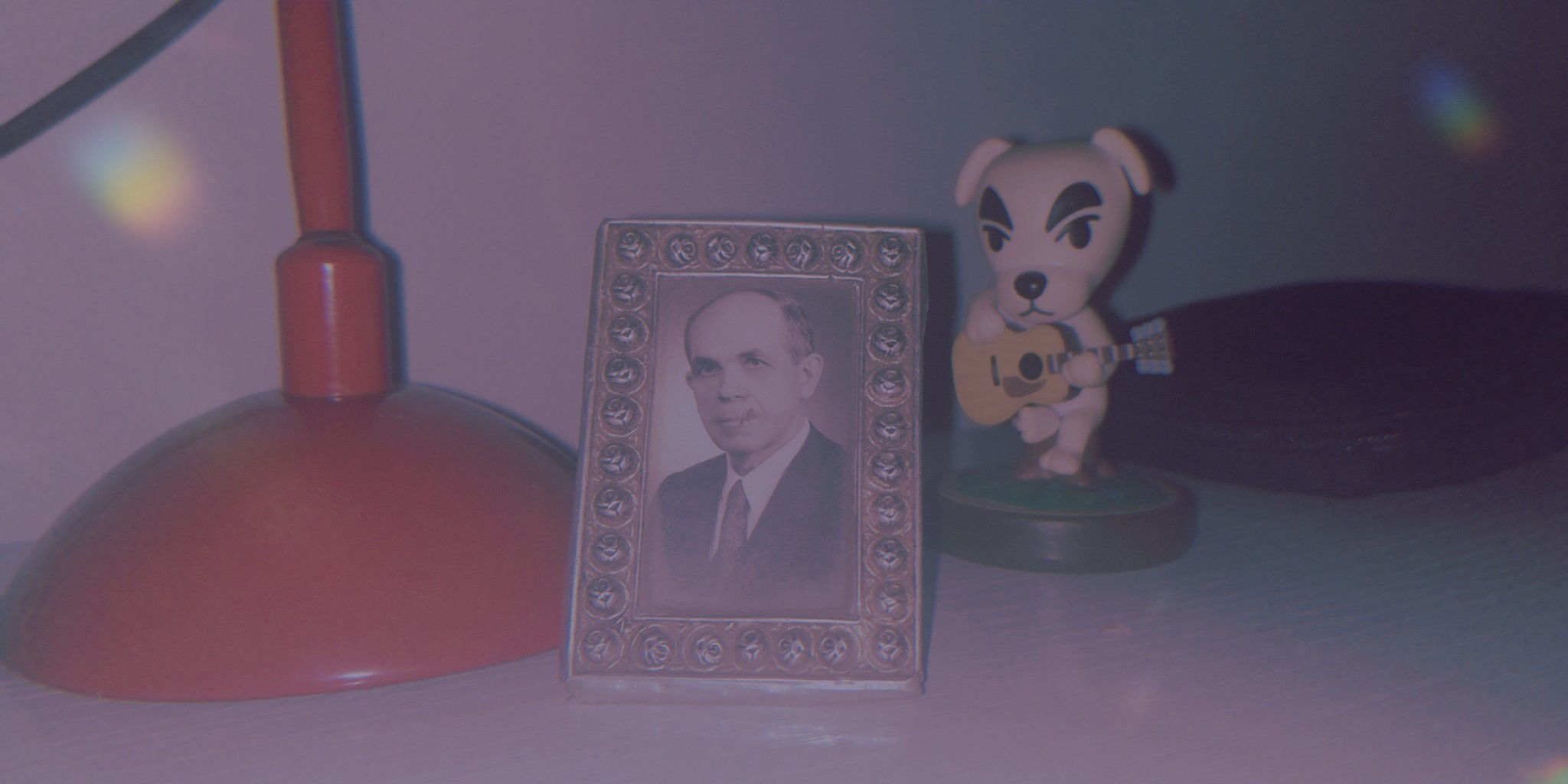 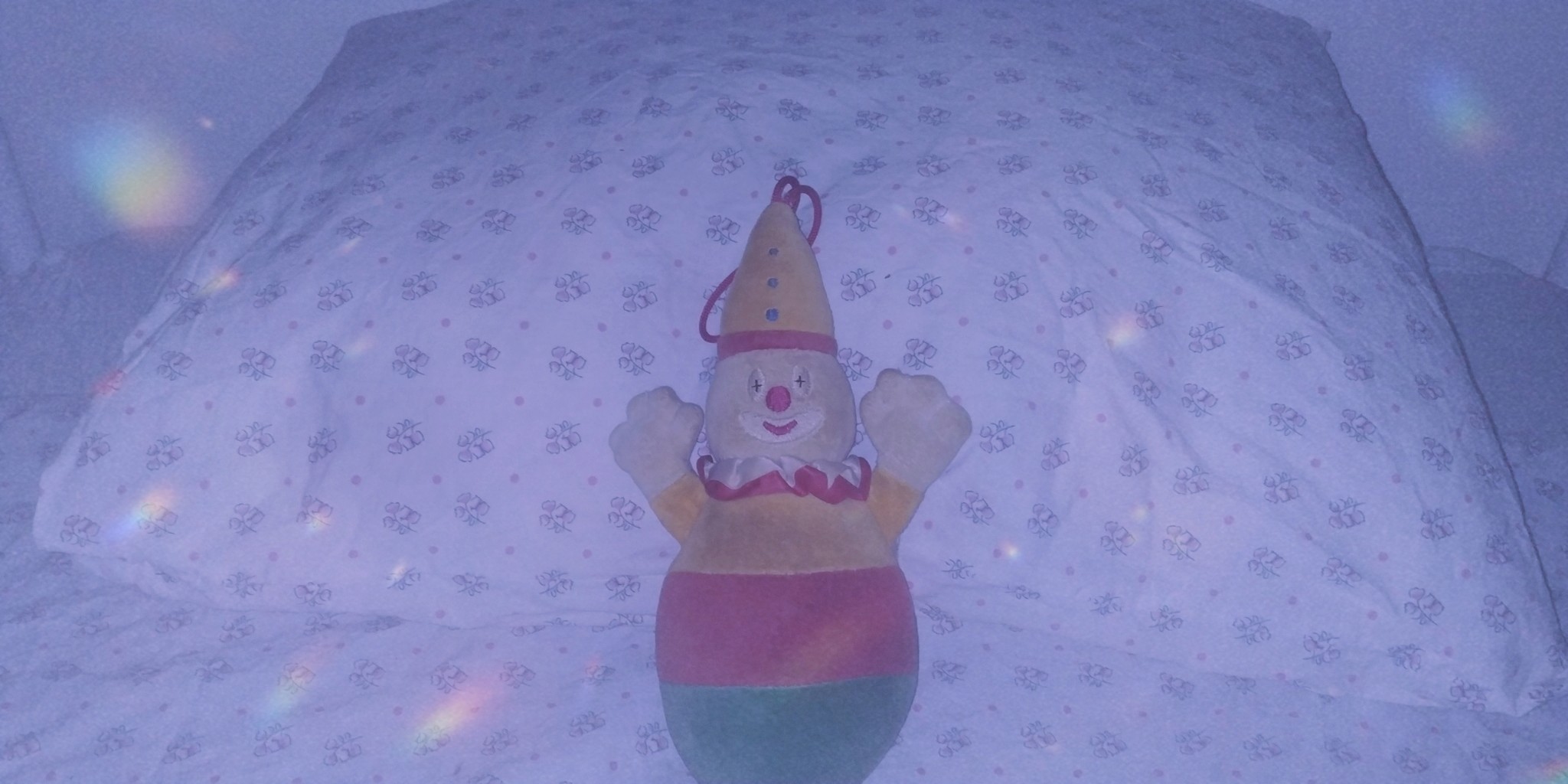